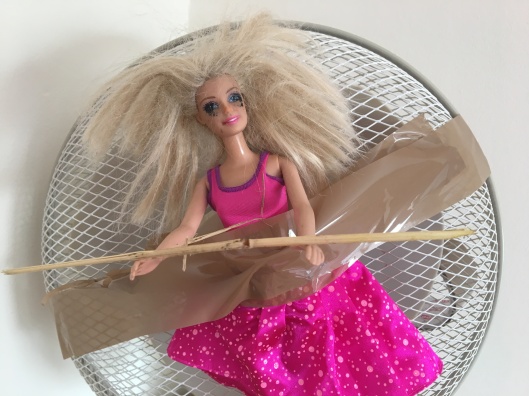 Hi. I’m Mumonthenetheredge, and this – this is the Final Straw.

It was the final straw when my boiler started tweeting.

Turns out a baby bird fell from a nest in the soffits down the cavity wall behind it. Me and the emergency gas engineer could see it’s little beak and open mouth – a brick’s distance away through a gap by the pipe – but we couldn’t get to it. We had to block up the hole and I had to wait for it to die. It took longer for it’s mother to stop calling for it.

WHY IS THIS EVEN A THING???

It’s the sort of special Thing that seems like it only really happens to me. Oh, and it also cost me £100 call-out fee for the priveledge.

It was the last straw when Catonthenetheredge finally found her inner hunter – and bought me my first present. I’ve since had a two dead mice, a decapitated sparrow, and a real LIVE blackbird who could NOT be persuaded I was trying to help it.

I mean really, God, HAVE THE BIRDS OF NETHER EDGE NOT SUFFERED ENOUGH???

It was the final straw when, although on board with the lesson that one must always say thank you for presents even if you don’t really like them, both Smalls now refuse to go downstairs by themselves in case they get given a bird.

It was the final straw scraping the underside of car on the curb in the world’s most spectacular parallel park fail. That’s going to cost. And the gas engineer got this month’s contingency budget…

It was the final straw spilling cream under the massive fridge freezer at the end of a long, long day. Milk may not be worth crying over, turns out cream defo is.

It was the final straw to get the letter from the tax man to say I owed them a *SHED* load of money because essentially I’m stupid and can’t adult. Or at least add. Which it turns out is the first two very important letters of adulting – and you DO need to learn it at school after all. (You were right Mr Donnolly!)

It was the final straw to carefully make all the beds – the superking twice as it’s impossible to tell which way round the stupid duvet goes – and then shut Catonthenetheredge (practising hunter concealment techniques) in the room overnight. Where she used the bed as a litter tray. And weed through the pillow. And duvet. And mattress.

Ever tried to get a soiled superking duvet cleaned? Don’t.

It was the final straw trying to shift stuff online (including the superking bed) that won’t fit into the new house, and having an idiot turning up for the six foot trampoline with a tiny Ford Fiesta and an over abundance of optimism.

It was the final straw being trolled by some OTHER eejit because another item I was selling went to someone he reckoned was further down the list from him – and he continued to kick off despite the fact I no longer owned the item in question. Because I needed a LIFE LESSON.

It was the final straw when the cottage pie exploded all over the oven I just got cleaned.

It was the final straw doing the 824th tip trip.

It’s genuinely taken me A YEAR of every-other-weekends to collate and cull 20 years worth of stuff. So now I know how long it takes to undo a lifetime, and frankly I think I’d rather know about the decomposing bird carcass behind the boiler…

It was the final straw putting all the things into boxes all by myself. There have been a lot of lonely moments in the last 20 months. This has been one of the loneliest. (On the other hand, I have also learned you should pack your music system last, because doing it in silence makes it even worse. Another life lesson!)

It was the final straw to find the toy boxes unpacked. Thanks kids.

It was the final straw when in contrast, my ex cheerily told the kids on speakerphone how my ex in-laws were at his new place helping them upack and putting up curtains. Because they did that for me three times. And I don’t have family in Sheffield. And I don’t get that this time. And sometimes it’s hard to be reminded of it.

It was the final straw when, upon being offered first dibs on the trampoline, he told me about his and ***Jessica’s*** plans for their new garden. Because I needed to know that.

It was the final straw to be screamed at by Big Small for daring to forget her school bags one day, ruining her life, and then to be further berated by Small Small for having to return with them 20 minutes later. Why did you do that Mummy? You’re a bad Mummy.

(The ingratitude and lack of empathy sometimes really is breathtaking, isn’t it? And no matter how many straws you’re not allowed to howl at them about all the things you do and go through for them).

It was the final straw to start weeing blood and having to go to and fro with urine samples for the right antibiotics, which then weren’t in stock at any local chemist.

Also, WHY DO THEY MAKE SMALL POTS SO SMALL THESE DAYS? These are not circumstances where I feel particularly like practising the aim of my urethra!!!!

It was the final straw to find both sets of solicitors believing the other one owes them information, and sitting merrily in their offices doing nothing and refusing to talk to each other.

It was the final straw to find a last minute covenant saying I couldn’t work from home from my new home, when I WORK FROM HOME FOR A LIVING.

(I know this is traditionally SUPPOSED to be one of the most stressful times of your life, but I can’t help thinking our archaic legal system and the ego of individual legal folks ISN’T BLOODY HELPING).

It was the final straw to be told my ex and **Jessica** have decided it’s now time for her to start attending school events.

It was the final straw seeing my Dad for the first time in months, suffering the side effects of chemo, looking older and iller than I’ve ever seen him.

It was the final straw hearing my Mum talk about what she’d do when he was gone.

It was the final straw watching Titanic for the first time ever, and thinking about what love ought to look like.

(I held out until bloody Celene started up at the end. Emotionally manipulative COWBAG).

And then every work email, every phone call, every text, every mishap, every chore, every DAY really starts to feel like the final straw – the one that broke the camel’s back.

As a child, I used to think that’s why camels had humps. That the straw had created the indent in between the two… And actually – that’s sort of how I feel. Like my back is bowing in the middle under hundreds of pressures little and big.

(Or that could just be the water infection reaching my kidneys – who can really tell?)

The thing is, that whatever flavour of brown stuff hits the fan – in big splats or tiny nuggets – it turns out I am not, after all, anything like a Barbie doll.

Because every time I get knocked – and there have been A LOT of knocks in recent times, going way beyond my current list of straws – I get back up again.

I reel, and I roll, and I’m as surprised as anyone to find myself popping back up, rocking to find my balance, going dizzily through the motions, steadying, readying to take the next hit.

And get back up after that one, too.

My superpower isn’t flying or invisibility or super strength – it’s better than that.

The straws don’t break me – even when I expect them to.

Instead, I am learning to take them and use them to build a new nest. A place of safety and nurture that starts inside MYSELF. One that will grow on the outside to create our new home, should we ever (please God) get into it. (Which we should, as we have now sacrificed enough birds).

It’s the nest on my inside that cushions each fall, and that provides ballast for the storms. It’s what means that when I wobble, I don’t stay down.